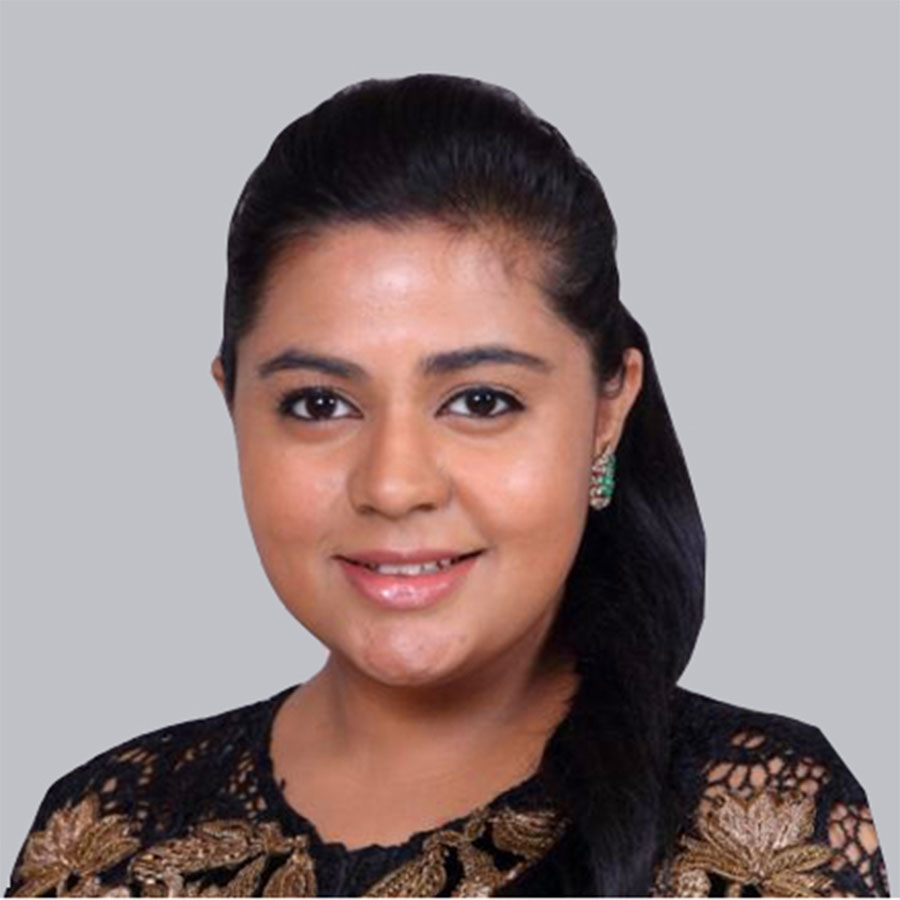 Fadiah Khaleda Khan is our Director. She is also a Board Member and Director of Summit Communications Limited. She joined Summit Communications Limited with a role to set strategy, HR developments and oversee shareholders organizational development agenda. Together with the IT team, she has devised inventory, human resource management and project management software, as she believes that the success of any business lies in internal efficiency coupled with gratified employees. She is also involved in other strategic matters and projects at Group level.

Alongside the corporate aspects of SCL, Ms. Khan believes that connectivity should not be considered a novelty and thereby is working on extending basic connectivity to the most rural areas of Bangladesh as a social responsibility. Ms. Khan began her professional career by training at the various companies within Summit Group, initially involving herself in the mega power infrastructure projects.
From 2011, interested in nanotechnology, Ms. Khan engaged herself with Summit Communications Limited (SCL) and soon after began serving on its Board.
Ms. Khan completed her International Baccalaureate (IB) from United World College of South East Asia and thereafter in 2010 completed her Bachelors of Science in Biotechnology from George Mason University, Virginia while fulfilling the major required classes from Harvard University, Massachusetts. In 2014, Ms. Khan completed her Masters in Business and Finance Management from University College London (UCL), UK.